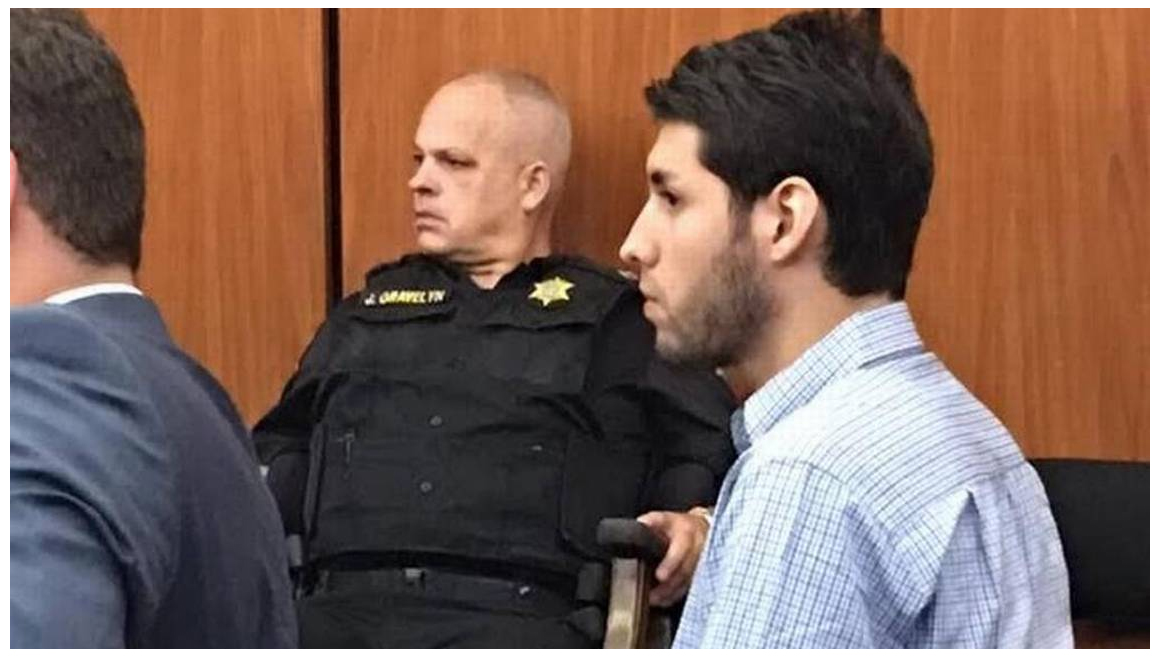 Carlos Hernandez was acquitted by a Richland County jury of raping a University of South Carolina student off campus after both had been drinking heavily in Five Points.

Ordinarily, Hernandez, 24, of Batesburg-Leesville, would have been set free and tried to rebuild his future.

But he is Mexican-born, was smuggled into the United States as a small child and has no permanent legal status. After the acquittal, Hernandez was immediately taken into custody and held for federal immigration officials, his lawyer told The State newspaper on Friday.

“He is now sitting in Lumpkin, Ga., in the ICE (Immigration and Customs Enforcement) holding area waiting for his deportation hearing,” lawyer Aimee Zmroczek said.

The privately run federal facility in southwestern rural Georgia has roughly 1,700 beds and the highest deportation rate of any such facility in the country, according to the Marshall Project, a nonpartisan group that researches and publishes stories about the criminal justice system.

Hernandez turned himself in February 2016 following the sexual encounter on Jan. 30, 2016. Once he was charged with first-degree criminal sexual conduct, his long-term visa status was revoked, even though a jury found him not guilty June 30, Zmroczek said. It took that jury less than two hours to acquit Hernandez, she said.

Between February 2016 and his June trial, Hernandez was held in the Alvin S. Glenn Detention Center. Last October he was tried, but a Richland County jury deadlocked. That led to the second trial last month.

If he loses his bid, “He’ll be deported immediately – and his whole family is still here,” Zmroczek said.

Hernandez had legal status and was a “dreamer” under the federal Deferred Action for Childhood Arrivals program, an Obama-era initiative that protects eligible illegal immigrants who were brought here as children, Zmroczek said. In Hernandez’s case, he was brought across the border with Mexico in a car trunk at age 4 to join his parents, who were already in Batesburg-Leesville and living legally, she said.

“He was on his way to getting permanent citizenship,” Zmroczek said. Hernandez had graduated from high school, attended Spartanburg Methodist College, where he had a soccer scholarship, and had a job with a pipe-laying company when he was arrested, she said.

He paid taxes, had a Social Security number, had no criminal history and lived with his parents, the attorney said.

The sexual assault case was basically Hernandez’s word against that of the USC student.

He and the woman, who did not know each other before their brief encounter, admitted to a night of drinking with friends – each said they had about six drinks – in Five Points, according to evidence at both trials. Later that night near the university’s Capstone, they had sex in a dark alley.

Hernandez told the jury the sex was consensual.

The woman testified that he pressed something hard against her back, told her it was a gun and forced her into the alley where he raped her.

Surveillance videos do not capture the sexual encounter, but show the woman and a friend leaving Five Points with Hernandez headed in the same direction. Lawyers on opposing sides say the videos support their clients’ version of events. DNA taken from the woman matched that of Hernandez.

The State newspaper generally does not identify people who bring charges in sexual assault cases.

The jury of nine women and three men was out less than two hours during the second trial, said Zmroczek, who tried the case with fellow attorney Ryan Schwartz.

Fifth Circuit solicitor Dan Johnson did not respond to a request for comment.